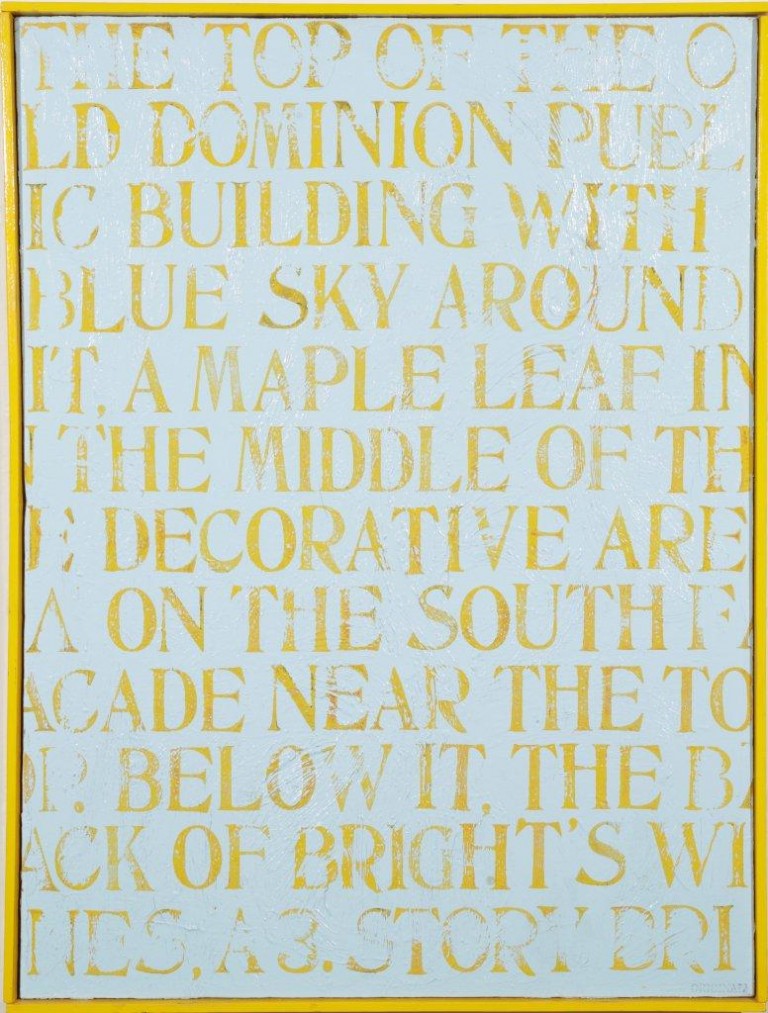 In this fanciful nod to Henri Rousseau’s Bouquet of Flowers (painted in 1910), Greg Curnoe creates a personal response to an artist who was, in his way, the consummate Regionalist. Though his often exotic subject matter suggested otherwise, Rousseau rarely left the city of Paris, let alone France. The tigers and birds, deserts and tropical forests that filled his canvases were inspired both by the Jardin des Plantes, a local zoo and botanical garden, and by the art Rousseau studied in the city’s great museums. The bold colours and strong graphic qualities of Rousseau no doubt appealed to Curnoe, who maintained a lifelong fascination with comics and illustrated children’s books.

In 2003, London, Ontario stained glass artist Ted Goodden created a memorial to Greg Curnoe that directly evoked Yellow and Blue. Called I’ve Been Thinking about Greg, the stained glass window shares the unique shape and subject matter of Curnoe’s work, with key differences: for example, the number six in Curnoe’s work becomes “92,” the year Curnoe was struck and killed by a truck while cycling outside London. As well, in place of “Morandi,” a reference to the Italian still life painter Giorgio Morandi (1890-1964), is the word “Memento,” acknowledging the memorial function of Goodden’s work.