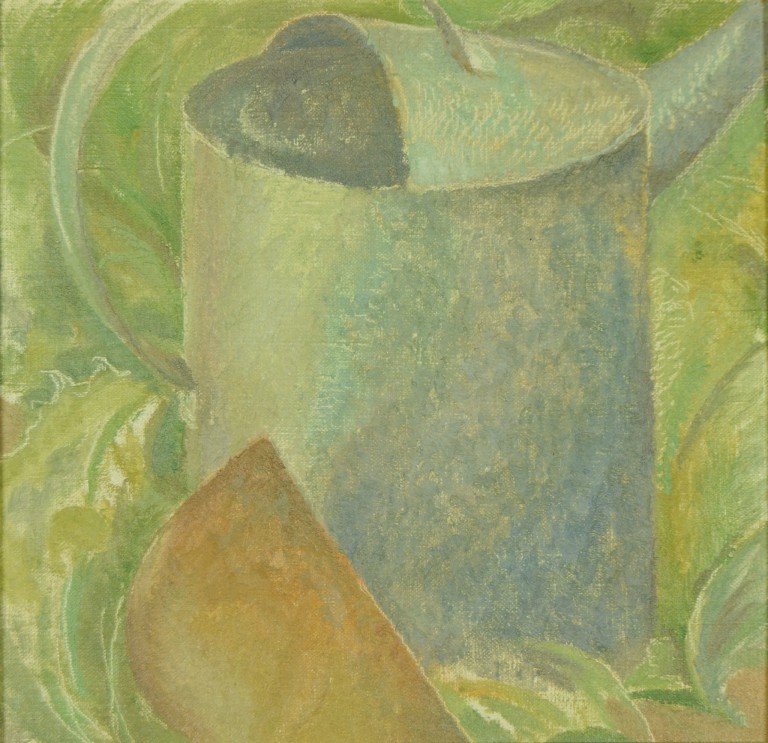 The Museum London Collection contains three depictions of garden tools by L.L. FitzGerald. Only one of these, a graphite sketch, is dated (1939). Taken together, they show not only FitzGerald’s technical command of different media (oil and graphite), but also his ability to simplify both style and composition. Of these, Watering Can is the most radical: its cropping of the can and spade almost abstracts both objects. An explorer of many styles throughout his artistic career, FitzGerald maintained one primary aim—to strip his work of non-essentials. In the last ten years of his life, he would gravitate more forcefully towards abstraction.

FitzGerald first came to the attention of the Group of Seven in the late 1920s, when J.E.H. MacDonald organized an exhibition of FitzGerald’s work at the Arts and Letters Club in Toronto. Invited to join the Group of Seven in its final year (1932), FitzGerald never exhibited with the Group after becoming a member. He would not meet Lawren Harris until 1942, when the latter artist was living in Vancouver.