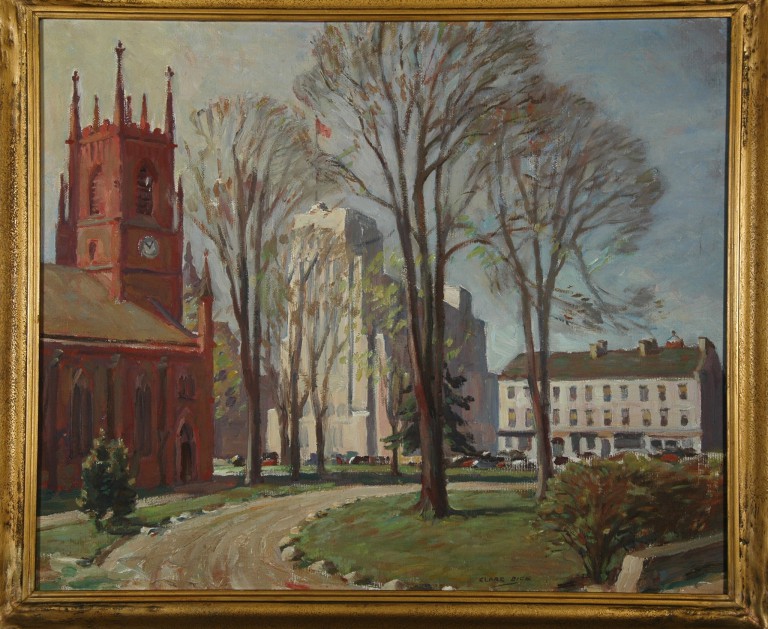 The son of an archdeacon, Clare Bice moved to London when his father was appointed Rector of All Saints Church. That religion was a formative influence on Bice’s life is not obvious from this depiction of St. Paul’s Cathedral. He crops the cathedral in a way that suggests it is but one unit in a grouping of three distinct architectural styles: Gothic Revival (St. Paul’s, 1846), Art Deco (the Public Dominion Building, 1936), and Victorian Industrial (a building long ago demolished). Bice’s scene is devoid of humans, foregrounding instead the products of human labour. Here, even nature is orderly, much like the stately streetscape that surrounds it.

Bice applied his eye for architecture to the streets of many cities. (Paris features prominently in the Bice works collected by Museum London.) Yet he was also fascinated by locations where nature has no constraints: the rugged Newfoundland coast, or the terrain of Northern Ontario, which Bice frequented with members of the Group of Seven. A versatile artist, he mastered portraiture and produced five children’s books.