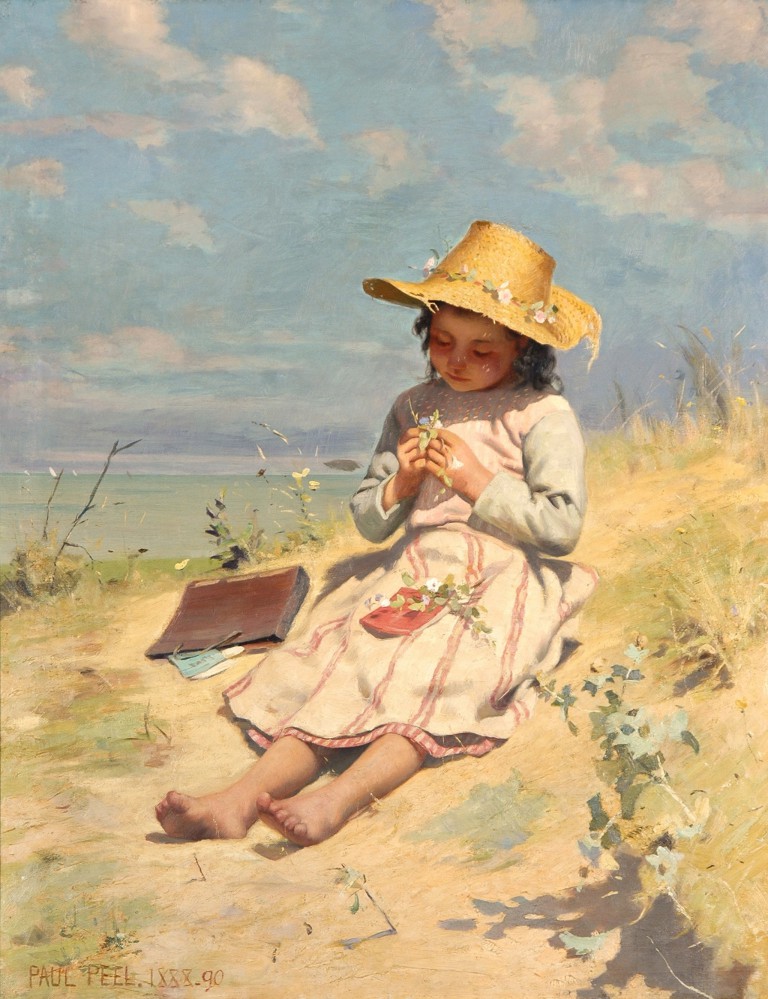 Paul Peel began to work on The Young Botanist the year his daughter and second child, Émilie Marguerite, was born.

While Peel here conjures a tender scene, rendering the details of the child’s hat and clothing with fastidious care, he grants his subject respect in her own right: her notebook and portfolio mark her as a student of nature, not merely an Innocent idly playing with flowers.

Some may find in Peel’s composition and palette a resemblance to Claude Monet’s seaside portraits of women, such as Woman with a Parasol (1886). Unlike Monet, whose interest in capturing the scientific features of light motivated his “impressionistic” style, Peel reserves his looser brushwork only for clouds in the bright summer sky. And unlike Monet, whose innovative technique could evoke outrage or even disgust from his contemporaries, Peel demonstrates a restrained style and nostalgic approach that would appeal to a late 19th-century bourgeois sensibility—one that maintained a fondness for childhood scenes conjured by early Romantic poets almost a century earlier.