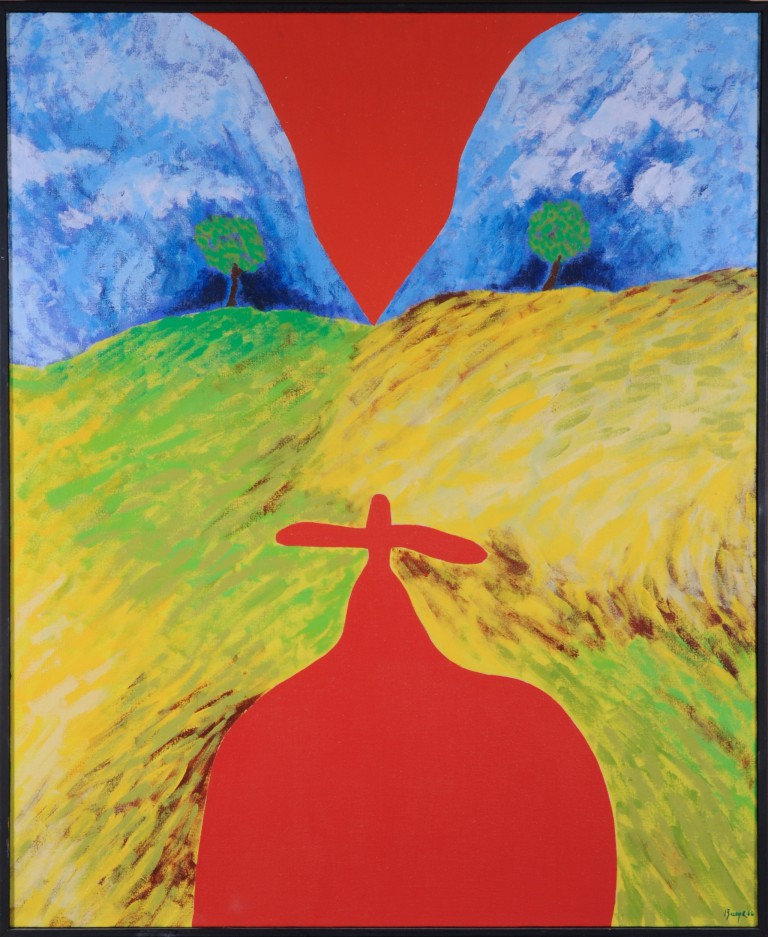 Though it is not openly violent, The Kiss also unsettles. The landscapes that form the lovers’ heads may be sunny and tranquil; the trope of the figure-as-landscape may recall the humourous juxtapositions of Surrealist painter René Magritte or the 16th-century fruit-and-vegetable portraits of Giuseppe Arcimboldo. Yet the vibrating red areas of the canvas delineating the two faces are disruptive and even sinister. They generate a number of conflicting associations: a cross on a Church cupola, a torpedo, even sexual organs.

Breeze’s Home TV Series also dates to 1966. This body of work uses psychedelic colours and fantastical imagery to deliver biting commentary on TV viewers’ detachment from onscreen violence. His later Control Center paintings (1968) extend this theme to the horrors of the Vietnam War, challenging the complacency that greets media images in the 20th century.

In the decades that followed, Breeze has been nothing if not versatile, exploring different creative tools (including printmaking and computer technology), investigating the cultural iconography of Asia, and making forays into greater abstraction. In the 1990s, the Faceless Angel series found Breeze returning to the theme of social disintegration and acknowledging the environmental damage wrought by urbanization.