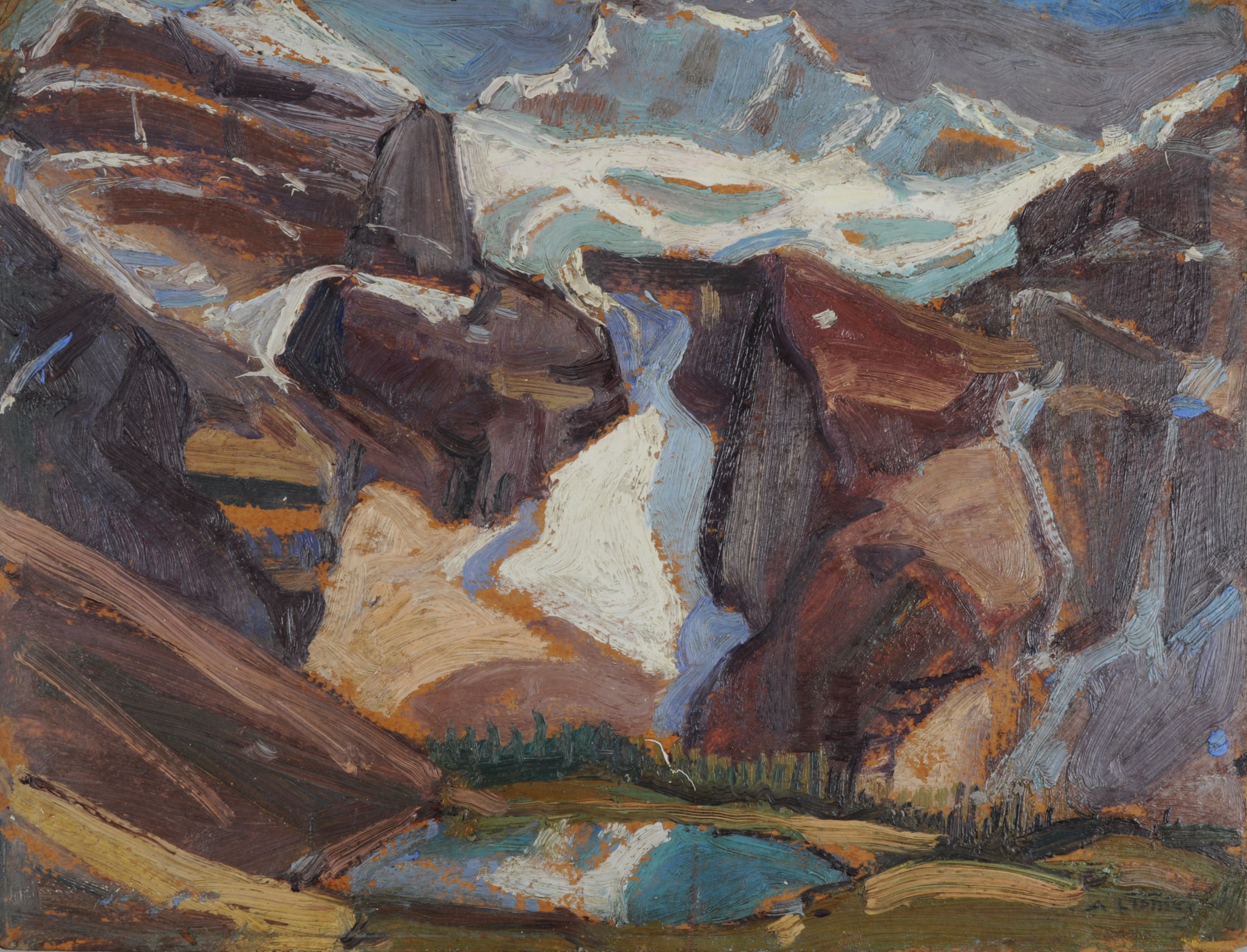 Arthur Lismer visited Banff National Park in the 1920s, when asked to design sets for the Banff Music Festival. Depicting one of the Park’s famous glacial-fed lakes, The Glacier, Moraine Lake demonstrates Lismer’s powerful interest in conveying rhythm and mass within the Canadian landscape. Broad brushstrokes and strong lines dominate, while “rivers” of snow and ice, though frozen, seem to flow forcefully through the painting’s centre. Lismer spoke urgently and often about finding a “new idiom”1 for painting the Canadian landscape. “A scene of the Canadian Rockies,” he argued, “should not be painted like Loch Lomond. Canada is a country where the play of light, wind and climate is strong, grand and massive, encouraging artists to dispense with diverting detail.”2

Born in Sheffield, England (like fellow Group member F.H. Varley), Lismer was passionate about his adopted country and ready to eschew the “old conventions and literal statements”3 that he had learned as an art student—first at the Sheffield School of Art and then at the Académie Royale des Beaux-Arts in Antwerp, Belgium. In Canada, he became an equally passionate art educator, serving as principal of the Victoria School of Art and Design in Halifax and as vice principal of Toronto’s Ontario College of Art. Lismer also supervised educational initiatives at the Art Gallery of Toronto and the Art Association of Montreal, where he moved in 1940.