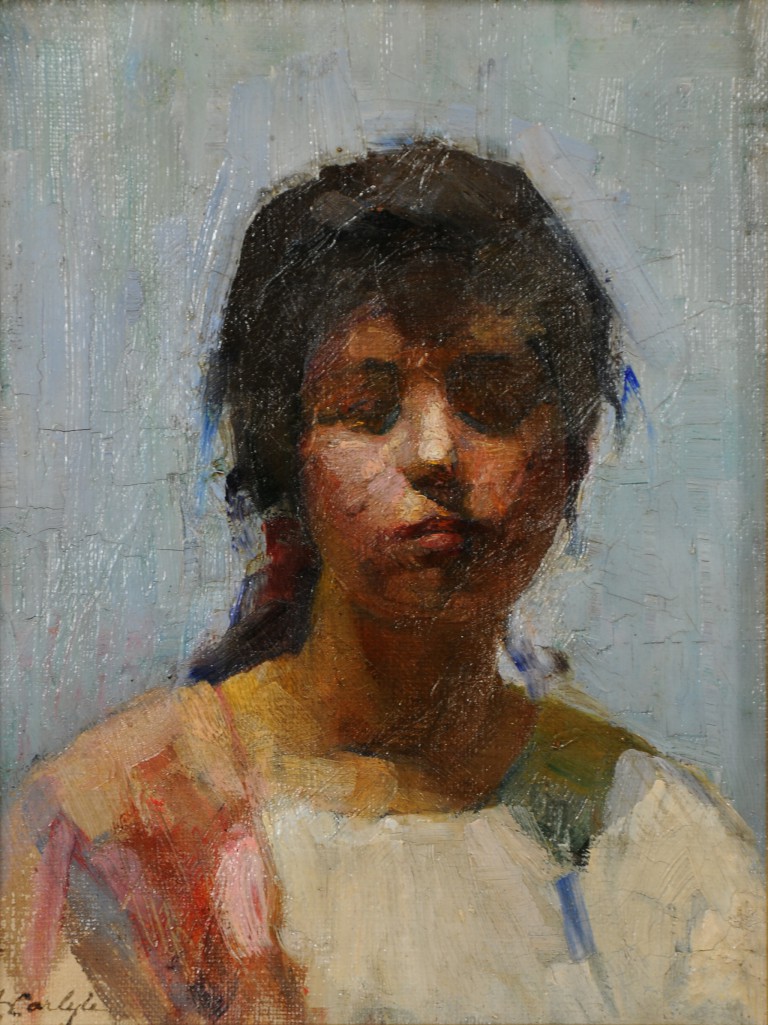 Portrait of a Girl

Portrait of a Girl

Portrait of a Girl emerges from an arduous but exhilarating time in Florence Carlyle’s life. Five years earlier, Carlyle had accompanied Paul Peel and his sister Mildred (a sculptor) to Paris. Until 1896, Carlyle committed herself to the rigorous life of an art student. She attended the Académie Julian, which, unlike the École des Beaux-Arts, accepted female students. Among her instructors were William-Adolphe Bouguereau, Jules Lefebvre, Tony Robert-Fleury and the American painter Julius Rolshoven. Carlyle wrote extensively about her student experiences in Paris. She left us this vivid description of a visit by the master instructor:

Each student, as [the master] stands by her side, humbly realizes the master’s greatness. A word of praise from his lips is well worth all the striving. … With the [visit] finished, the studio is demoralized, and the full cost of the week’s effort is realized in hot, tired heads and quivering nerves.

Interestingly, in Portrait of a Girl, Carlyle does not closely follow the style of her instructors. She chooses a cropped head-and-shoulders composition rather than the full-body pose that was often used to explore a young girl’s budding sexuality. Carlyle also flattens perspective, using blocks of colour and diffuse lines to suggest, not delineate, form. Moreover, the girl’s simple garb evokes a life apart from the halls of history, Classical mythology or high society. Instead, Carlyle affirms the dignity of ordinary lives and their value as subject matter for serious art.