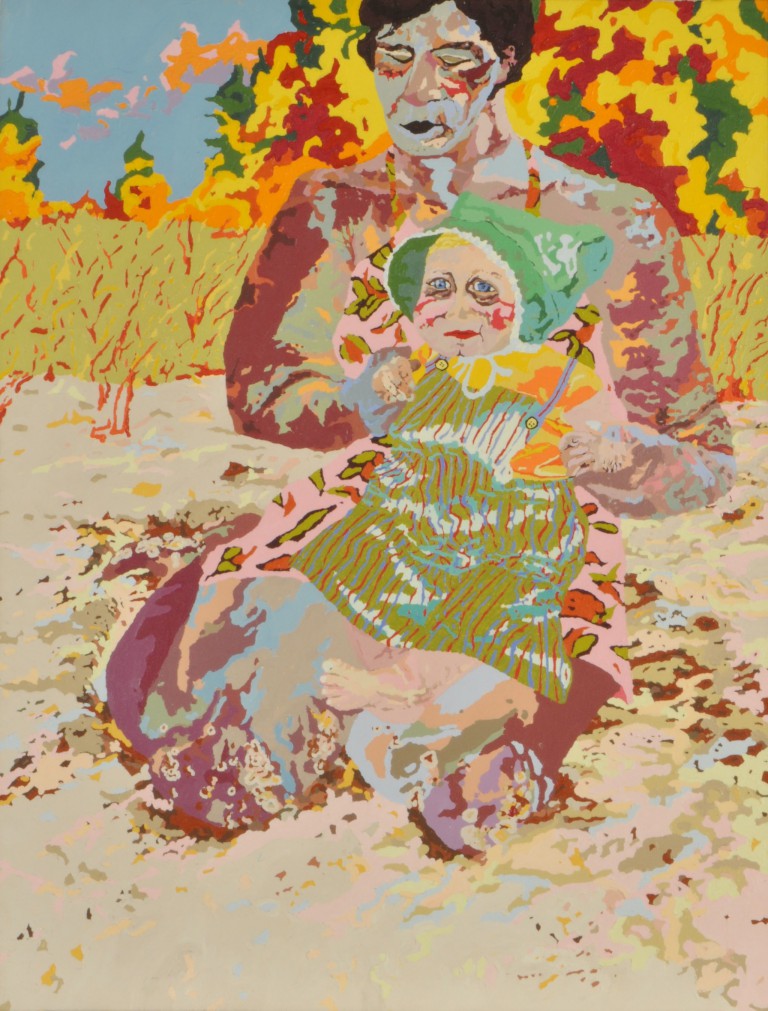 London, Ontario artist kerry ferris came to painting through unconventional means. While studying cinematography at Fanshawe College, she “discovered photography”1 and its ability to freeze the most fleeting of moments in the natural world. Ferris developed a painting style that similarly arrested time and was rooted in the exercise of breaking down complex forms into simple shapes. Contemplating the world around her and capturing it on film, she became increasingly adept at translating her unique perspective of the world onto canvas. Photography also became an essential tool while travelling: no matter where she went—from Zimbabwe to the Galapagos Islands, Newfoundland to the Canadian Arctic—she could make tangible her ideas for future paintings.

Highly sensitive to colour and movement, ferris is also drawn to what she calls the “ancient rhythms”2 that govern nature and, by extension, the cosmos. She maintains a profound belief in the interconnectedness of the human and natural worlds, and is acutely aware of an ecological balance that is constantly threatened by human intervention. Most often, birds, flowers, turtles, frogs—supposedly common, inconsequential creatures that are, in fact, affected deeply by human development—form the basis of her subject matter. As she paints a scene, ferris communes with these creatures, feeling as if they urge her on in rendering their environment.

Ferris has been a fixture on the London arts scene since the late 1960s, when her work first appeared at 20/20 Gallery. She has been an active contributor to exhibitions at the Forest City Gallery, Embassy Cultural House and, more recently, at the McIntosh Gallery and London Regional Art & Historical Museums (now Museum London), which have mounted solo exhibitions of her work.