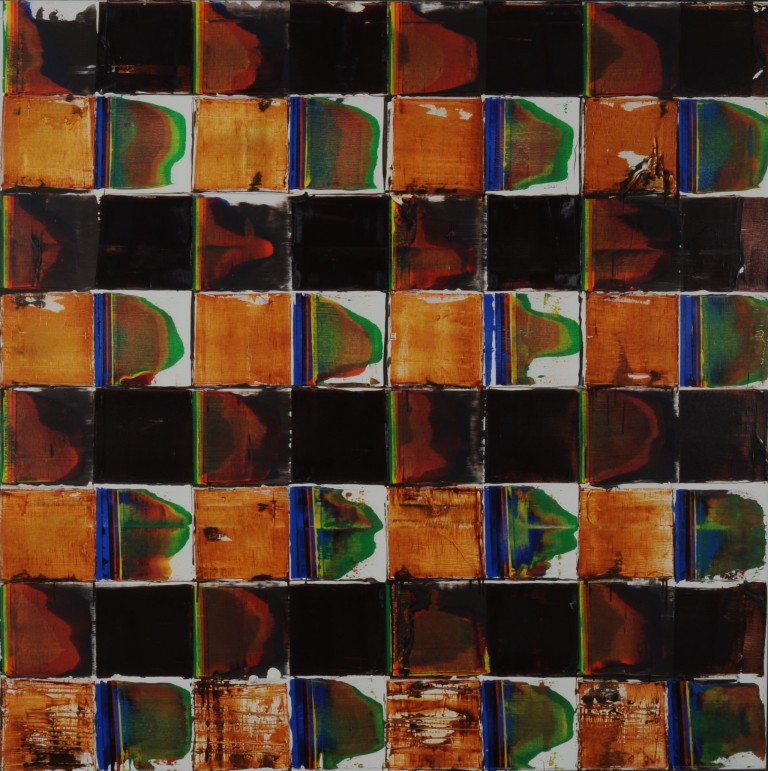 Duncan de Kergommeaux’s artistic career has spanned more than 60 years and over 50 solo exhibitions. Exposed early in his artistic development to Abstract Expressionism, he has never strayed too far from non-representational work. While some compositions such as Painting from a PineForest, No. 1 (1957) or the more recent Land Line paintings (2012) clearly draw from a naturalistic tradition, their flattened perspective and distilled forms also signal a departure.

De Kergommeaux’s grid paintings of the 70s and early 80s privilege process rather than the individuality of the artist—and, in so doing, show affinities within a systematic approach practiced by Piet Mondrian (1872-1944) and later heralded by the Plasticiens. Two “environmental paintings”1 of the 1960s entirely forego conventional notions of “painting”: comprised of plexiglas lightboxes, they are sites of interaction around and between which viewers are encouraged to walk.

De Kergommeaux received international attention in the late 1960s, when the National Gallery of Canada circulated a solo exhibition of his work. He also taught widely throughout Canada, including at such institutions as CarletonUniversity, The Nova Scotia College of Art and Design and the University of Western   Ontario. De Kergommeaux was instrumental in developing the collections of the CarletonUniversityArtGallery, and in 1996, more than 100 of his works were donated to the CUAG for permanent study. In 2010-11 his works featured in another survey touring exhibition developed by the OttawaArtGallery and Museum London.