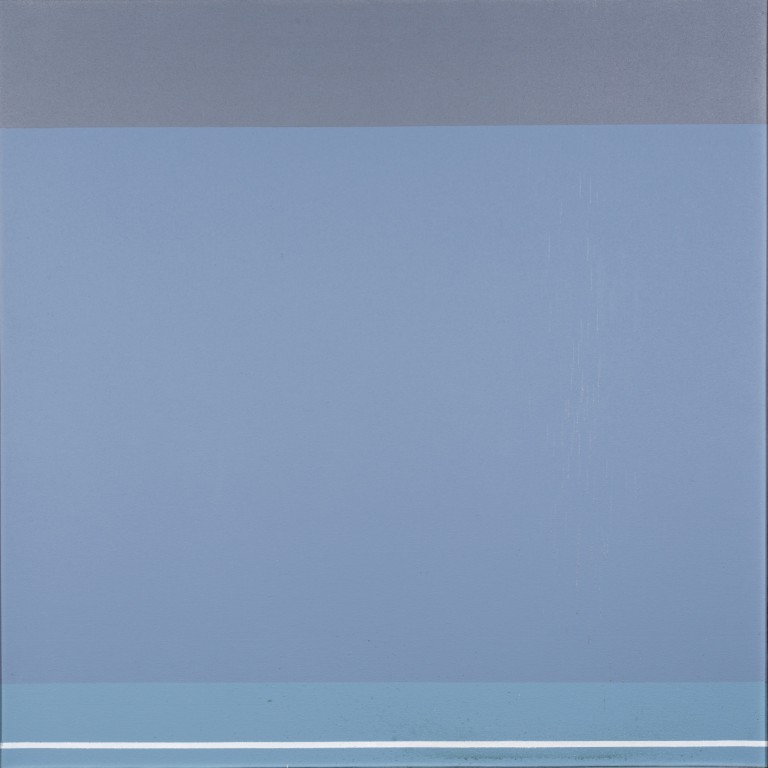 Trained as a printmaker, Yves Gaucher studied at Montreal’s École des beaux-arts from 1954 to 1960. He was always striving for innovation, and in 1960 became the founding president of the Associations des Peintures-Gravures de Montréal. For Gaucher, the printing plate and paper, both flat and generally rectangular in shape, were unnecessarily restrictive. He developed a number of strategies to defy these restrictions, including altering depth through colour, using textured papers, and building relief on the surfaces of his prints through embossing. Gaucher also looked to music for inspiration, finding in the atonal music of Anton von Webern (1883-1945) a creative model. “I wanted to do in engraving,” Gaucher observed, “what [Webern] had done in music: elaborate a visual rhythm with counter-rhythms created by the striking effect of colour.”1

When, around 1965, Gaucher began painting in earnest, he applied the same principles of innovation to his art. He became fascinated by the colour field paintings of American artist Mark Rothko, and explored the effects of juxtaposing blocks of colour in varying gradations and levels of contrast. Gris, Bleu, Bleu/Vert comes out of a series of “colour band” paintings that Gaucher created in the early 1970s. In the years that followed, he would move to diagonal compositions exploring the disruption of the picture plane—a phenomenon he would intensify through dynamic colour contrasts in such late works as Reds and Ps (1992).