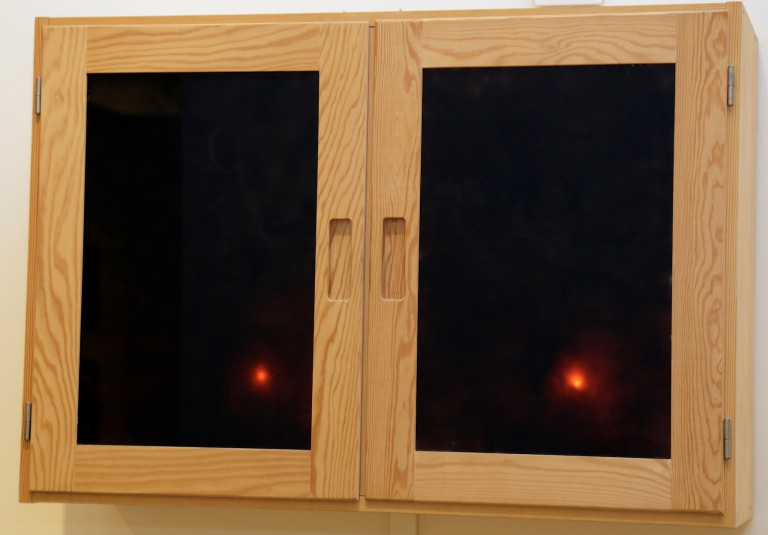 As an artist, Wyn Geleynse escapes categorization. The Netherlands-born artist (who immigrated to London, Ontario in 1953) has not only worked with multiple media and artistic techniques, but also frequently combines diverse media to produce a single work of art. Das Kabinett is a case in point. It is an odd assortment of kitsch and reliquary, stage set and Cabinet of Curiosities. Its title may even evoke Das Kabinett des Doktor Caligari (1920), the groundbreaking German Expressionist film whose dramatic sets convey psychological horror writ large. But while opening Caligari’s “Kabinett” unleashes murder and madness, opening the Kabinett of Wyn Geleynse reveals a theatrical enigma that is vaguely eerie and strangely funny, all at the same time.

In his early career, Geleynse focused on printmaking and painting. In 1979, he began incorporating three-dimensional objects and other media such as photography and film into his practice. Since then, his works have foregrounded the act of viewing and interpreting by including projectors, layered screens and glass, and customized viewfinders. Surprisingly, while these works often require many surfaces or even create whole environments, they still maintain a feeling of intimacy. This is in part because Geleynse often depicts domestic spaces and includes details of his own family’s history in his works.