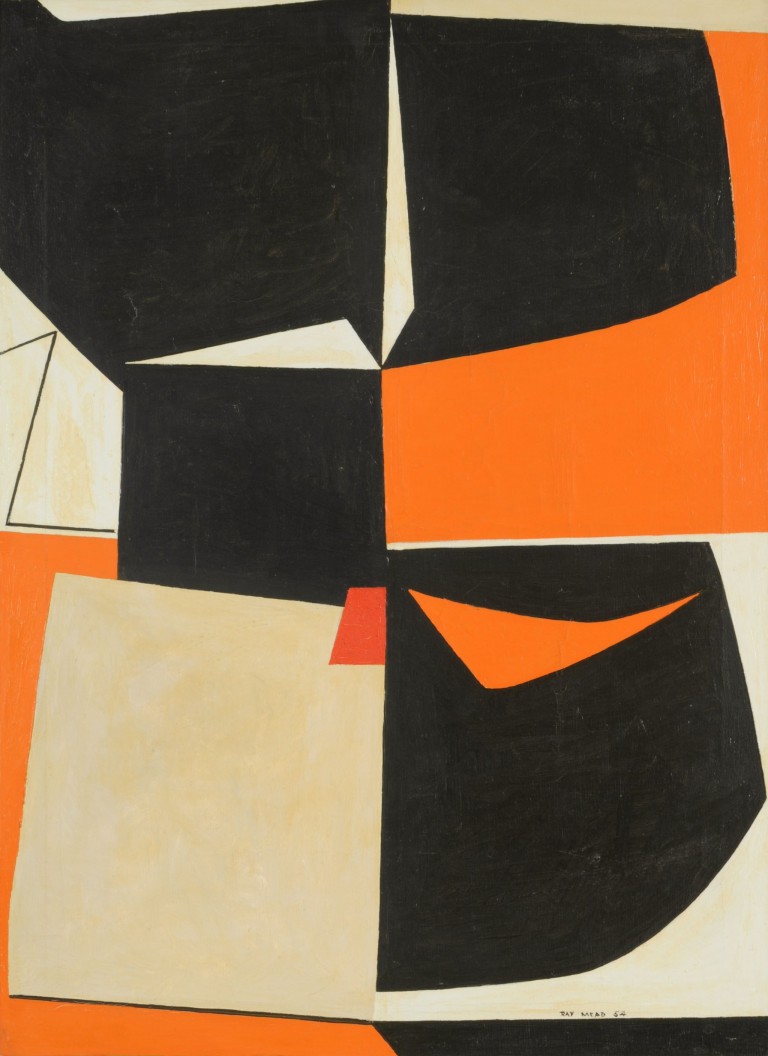 Along with Alexandra Luke, Kazuo Nakamura, Jack Bush, Oscar Cahén and Tom Hodgson, Ray Mead was invited by fellow painter William Ronald to contribute work to Abstracts at Home, an exhibit that integrated paintings with furniture displays at Toronto’s Simpson’s Department Store in 1953. This unusual premise brought together artists in search of broader exposure, who went on to form Painters Eleven, a pioneering group that did much to advance abstract art in Canada. In 1954, the year Mead painted Dark Image, the fledgling Eleven showed at Toronto’s Roberts Gallery. Fellow group member Harold Town recalled of these early exhibitions, “We weren’t really militant and we were terribly innocent. We never expected to sell any pictures and we paid for those exhibitions ourselves.”1

Ray Mead was born in England in 1921 and received early encouragement in art from his grandmother, who saved him blue butcher’s paper to draw on. He studied for three years at London’s Slade School of Fine Art before serving as a pilot during World War II. After suffering a plane crash, Mead was posted to Canada and tasked with training American pilots. He eventually settled in Hamilton and then Toronto and Montreal, taking on a position with the commercial design firm MacLaren Advertising.

Though Mead greatly admired the abstract paintings of American artist Franz Kline and French artist Nicholas de Staël, he developed an approach to abstraction that was uniquely his own. Most often, he favoured large fields of intense colour punctuated by idiosyncratic marks.