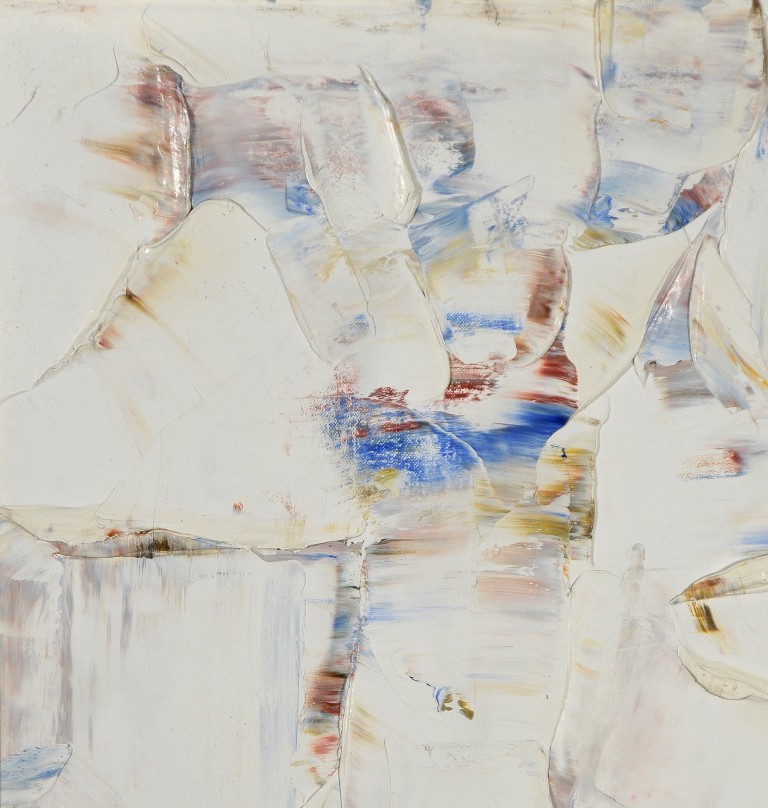 A native of Mont-Saint-Hilaire, Quebec, Paul-Émile Borduas was living in Paris when he created Au gré des crêtes (which means on, or at the mercy of, the ridges or crests). During this stage in his career, he was dramatically paring down his palette. His last paintings (created before his premature death from a heart attack) would in fact explore minute variations of black and white.

Au gré des crêtes also finds Borduas applying paint more thickly than he had done as an Automatiste in Montreal. This technique may have been inspired by his time during the early 1950s in New York, where he befriended several Abstract Expressionist painters. Applied with a palette knife, the thick paint preserves gesture and spontaneous expression. And for Borduas, the act of painting was above all a liberating one: it was a way to access the subconscious and to break from accepted ideas of what art should be.

By 1957, almost a decade had passed since Borduas had helped pen the manifesto Refus Global, a tract rejecting the traditional values of Catholic Québécois society and the forms of culture it had engendered. For this act of rebellion, Borduas had lost his job at Montreal’s École du meuble and had separated from his family, moving first to New York and then to Paris. Yet despite these harsh personal realities, Borduas succeeded in inspiring a new generation of artists within Quebec and in Canada more widely. For them the path ahead became clear. It was one in which nothing—whether medium, form, perspective or line—could be taken for granted. Artists were creators from the ground up, and they need not be bound by old ways of seeing.