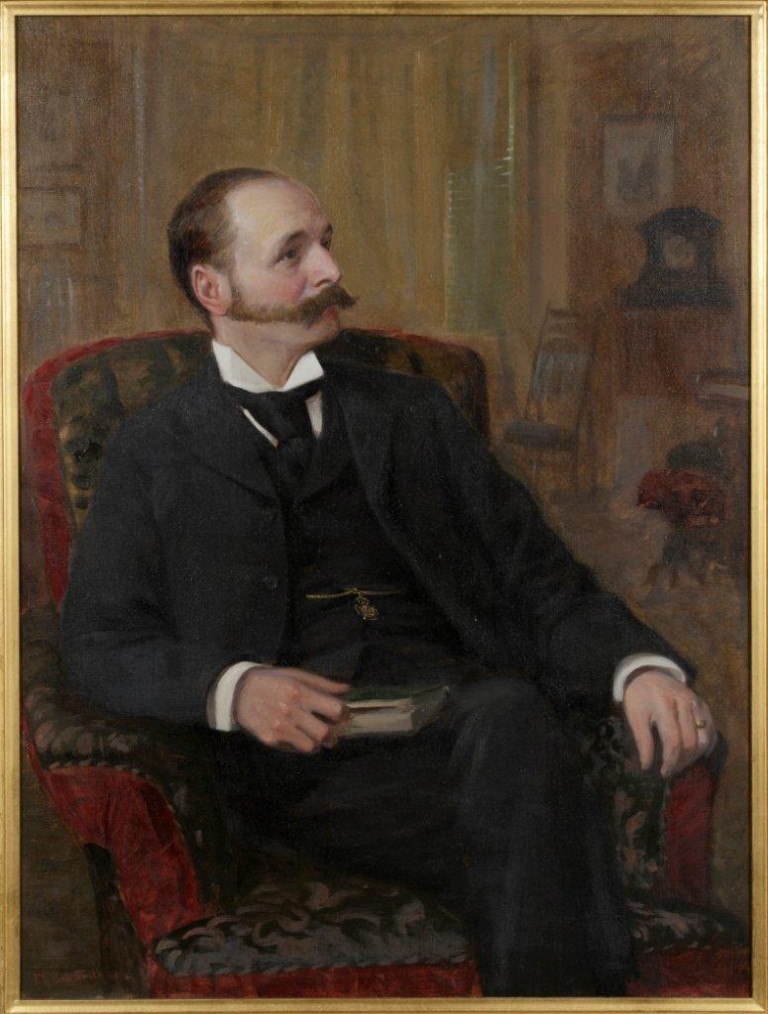 The year he completed this painting, Frederic Marlett (F.M.) Bell-Smith was living in London, Ontario and commuting to St. Thomas, where he served as the Art Director of AlmaCollege. A native of London, England, Bell-Smith had already lived in Montreal and Hamilton, working in a photography studio and contributing illustrations to such periodicals as the Canadian Illustrated News.

Perhaps influenced by his skill as a photographer, Bell-Smith had a gift for portraiture and was able to convey his sitter’s personality in a quiet but confident style. Yet he was better-known for his ability to translate this gift to group scenes. His large-scale painting Lights of a City Street (1894), for example, includes portraits of recognizable Toronto citizens amid the bustle of rush hour at the intersection of King and Yonge Streets, while The Queen’s Tribute to Canada and The Arrival of the Blenheim at Halifax (both late 1890s) are the result of careful studies of contemporary figures (including a sitting with Queen Victoria herself!).

Today, Bell-Smith is most remembered for his depictions of nature. Whether of mountain ranges, seascapes or boundless forests, the scenes reveal Bell-Smith’s ability to “freeze” with almost photographic accuracy an ephemeral atmospheric effect or shift of light caught only by the most observant eye.